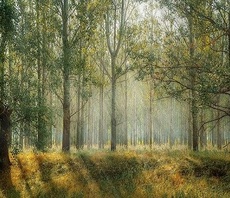 European tree-planting, US clean energy procurement plans, and the rest of the green business news from around the world this week

The European Commission and the European Environment Agency (EEA) have teamed up to publish a new data tool – MapMyTree – that will help organisations join the EU’s push to plant three billion additional trees by 2030, by allowing them to register and map their planted trees to count towards the EU target.

As part of the European Green Deal, the EU Biodiversity Strategy for 2030 committed to planting at least three billion additional trees in the EU by 2030.

Commissioner for the Environment, Oceans and Fisheries Virginijus Sinkevičius said the MapMyTree platform would help ensure the target is met. “Our promise to plant three billion additional trees is all about planting the right trees, in the right place, for the right purpose,” he said. “It is one part of our efforts to fight climate change and stop biodiversity loss. We now have a map, and a new counter to check the progress. Associations, NGOs and cities can all report their trees. Three billion is a big number – but together we can make it a reality!”

However, Pieter Van Midwoud, chief tree planting officer at green search engine Ecosia, said that wider policy reforms were required if the target is to be met. “Simply claiming trees already planted by businesses and individuals is neither an effective nor ambitious strategy,” he said. “Adequate funding must be allocated if initiatives like this are to be taken seriously. The EU has the potential to lead in reforestation initiatives and as such must urgently update the Common Agricultural Policy to incentivise agroforestry, reforestation and forest protection to increase tree coverage and carbon sequestration in Europe and reach targets set out at COP26.”

The targets are more ambitious than the White House’s economy-wide goals to halve emissions by 2030 and deliver a zero carbon power grid by 2035, and as such point to Biden’s plans to use the purchasing power of the federal government to help accelerate the deployment of clean technologies.

Other provisions in the order include making 100 per cent of federal government vehicle acquisitions zero emissions by 2035, with a 2027 target date for light-duty vehicles.

Lindsey Baxter Griffith, federal policy director at the Clean Air Task Force, welcomed the new executive order. “We’re pleased to see the US federal government, which is the largest electricity purchaser in the nation, focus on what matters most: fully decarbonising electricity, investing in clean communities and solutions that will work across our grid every hour of every day, and commercialising the full range of technologies needed to get the job done,” she said.

The moves come as the administration continues to negotiate with a handful of hold-out Democrat Senators over passage of major new infrastructure bills, which are widely regarded as critical to the White House’s net zero strategy.

Australia’s Labour opposition has pushed back against accusations by the government that a vote for the opposition in next year’s election would be a vote for more ambitious climate goals sought by the Greens.

The ruling coalition this week launched a scare campaign arguing Labour’s proposed emissions targets were an “opening bid” for post-election talks with the Greens,.

But Labor’s Chris Bowen this week reiterated the opposition’s commitment to cutting emissions by 43 per cent by 2030, insisting that was “what’s achievable coming to office in 2022”.

The target is still a significant strengthening on the Coalition’s target of a 26 per cent to 28 per cent cut on 2005 levels, but some campaigners have argued Australia should be looking to halve emissions by 2030.

However, asked if the 43 per cent target was negotiable as part of any post-election coalition talks, Bowen replied: “No”. “Of course we are driven by science, but we’re also driven by what’s achievable coming to office in 2022 for a 2030 target,” Bowen told the National Press Club in Canberra on Monday.

US Climate Envoy John Kerry has undertaken a tour of Europe this week in a bid to build support for a new wave of climate finance deals designed to help large emerging economies transition away from high carbon infrastructure. Kerry met with COP26 President Alok Sharma in London before travelling to Brussels and Paris to meet senior EU figures and discuss how to convince large emitters to ramp up their nationally determined contributions (NDCs) ahead of the COP27 Climate Summit in Egypt next year, as requested under the Glasgow Climate Pact.

Speaking to Politico, named the handful of countries he believed need to “up their game” to put the world on track to meet the goals of the Paris Agreement: “China, Russia, India, Brazil, Mexico, Indonesia, South Africa and Saudi Arabia”.

The US and other major industrialised economies are exploring how a series of bilateral deals with large emerging economies, similar to the agreement reached with South Africa on the sidelines of COP26 to help fund a shift away from coal power in the African economy, could help trigger more rapid decarbonisation efforts.

“Trillions can clearly – and will need to – be invested,” said Kerry, adding that a mix of public, private, and philanthropic finance will be needed. “We are working out the details of these different options right now. We want to be very specific. None of this should be pie in the sky. It needs to be real and economically viable.”

The EU’s Frans Timmermans separately told a Politico event on Wednesday that other countries “like Indonesia, and indeed, India” were interested in deals similar to the one developed with South Africa.

The Danish Energy Agency has announced it will award DKK197m (€26m) to the INEOS led consortium developing the proposed Project Greensand CCS facility.

“We are very pleased and thankful for the trust that has been shown to the entire consortium behind Project Greensand,” said said David Bucknall, CEO INEOS Energy. “Carbon capture storage is one of the steps needed to reach the ambitious climate goals in Denmark, and we as a consortium are very proud to be allowed to contribute to that through this project.”