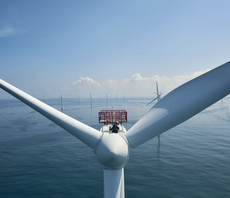 Planning permission to build a 1.8GW offshore wind farm off the coast of Norfolk has today been granted, with Business Secretary Kwasi Kwarteng giving developer Vattenfall the green light for its giant Norfolk Boreas Wind Farm.

Vattenfall confirmed that construction is now expected to commence in 2023 with work to engage with suppliers set to begin immediately. First power from the Norfolk Boreas is expected in the mid 2020s.

“This announcement and decision is a multi-billion pound boost to the UK’s climate change progress, and keeps the East of England at the forefront of the green energy revolution,” said Danielle Lane, country manager for Vattenfall. “There will be a wealth of supply chain opportunities for companies, as well high skilled green jobs, coming directly to Norfolk. This project, alongside its sister project Norfolk Vanguard will be a world leading example of what well-coordinated energy delivery looks like, whilst making sure that low-cost renewable energy is produced for UK consumers.”

Vattenfall said it will pursue a phased approach to construction, completing works for installing cables, which transmit the electricity from the wind farms, in small sections to allow the land to restore quickly and minimise the impact on the local environment and communities.

In total the Norfolk Zone is expected to have 3.6GW of installed offshore wind capacity and could create 7,000 new jobs by 2026. Vattenfall is also planning a package of at least £15m in direct community funding for Norfolk, in addition to a skills investment package.

Final investment decisions on both the planned projects are set to be taken once they have completed a Contract for Difference bidding process, which will see the projects compete for government-backed price support contracts at auction.

The news was welcomed by Dan McGrail, chief executive of trade association RenewableUK, who hailed the move as a nother major step forward for the industry. “Giving the green light to a major renewable energy project like Norfolk Boreas takes us another step closer towards the UK’s net zero emissions target,” he said. “It’s particularly timely in the year of COP26, which demonstrated the global demand to move faster on action to tackle climate change”

His comments were echoed by Ian Pease, business development manager at GENERATE, the East of England’s energy investment partnership, who said: “Today’s welcome announcement approving Vattenfall’s Boreas wind farm confirms the East of England’s place as the powerhouse of the UK’s thriving offshore renewables industry. The East of England is at the centre of the Government’s plans for a green industrial revolution, producing the lion’s share of the UK’s low carbon energy from offshore wind, nuclear and onshore renewables.

“Vattenfall’s Boreas wind farm signals the next exciting chapter for Norfolk and Suffolk, with the East of England expected to power up to 50 per cent of the UK’s 40GW offshore wind target by 2030. Boreas is just the latest in a line of proposals which continue to benefit from the region’s unrivalled wealth of renewables expertise and knowledge, creating well paid, highly skilled and sustainable employment opportunities for our coastal communities.”

The planning approval has been granted despite concerns from some conservationists that the project could have an adverse impact on local seabird populations.